The Ratepayers support sustainable agriculture and the reservation of agricultural lands for farming to remain in the ALR. Organic farming and animal friendly (humane conditions) are healthy and sustainable.


Current Agriculture in the Hatzic Prairie

The Fraser Valley is one of best agriculture regions in the world due to great soil, advantageous climate and abundant water resources, proximity to urban area, diversity of crops grown. Agriculture land is in demand and is in short supply.

Crops:
Traditionally Hatzic prairie was one of top production areas in Canada for strawberries and other fruits.


History of Agriculture in the Hatzic Praire

Agriculture was one of the main industries in the Hatzic Prairie. Early European Settlers cleared the land and raised crops and animals in the 1800's.

In 1910, Mission was known as the "strawberry metropolis" while Hatzic was deemed the "rhubarb metropolis" of the province. At the peak of the season in 1910, 4500 crates each of strawberries and rhubarb were sent from Mission, in addition to six to seven hundred crates of raspberries.

In the 1920s local berry farms hired thousands of berry pickers each year.

The Issei (literally "first generation") of immigrants from Japan entered Canada in 1884. In 1904 for the first Japanese settlers came to Mission. They were attracted by a promise of good farming and relatively inexpensive land. By 1930 there were 103 Japanese-owned properties in Mission accounting for 979.304 acres. The majority of these farms grew strawberries, raspberries and other fruit. In 1916 the Japanese Farmer's Association, (Nokai), was established in Mission. By 1942 there were 79 members.   In 1942, the Federal government ordered the relocation of all persons of Japanese ancestry living within 100 miles of the BC Coast. Beginning in April of 1942, over 600 people from Mission were sent by train to work the sugar beet farms in Alberta. The property and buildings of 125 Mission families were confiscated, never to be returned to them. The impact on Mission's berry farming was devastating. The Japanese farms vacated represented over 75% of Mission's strawberry-growing capacity.

The Great Flood of 1948 caused the dykes to collapse, flooding farmland of the Hatzic Valley. 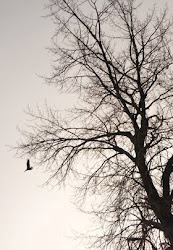